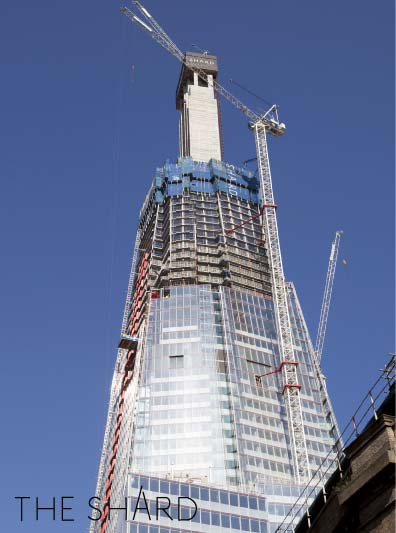 Survipod™ Surveying Equipment are a range of unique surveying solution tools, for use in the surveying and setting out profession, to greatly enhance the performance of site setting out equipment such as such as Total Stations, EDM Instruments and Laser Levels.

Fundamentally Survipod™ replaces the conventional tripod which by its very design is prone to unwanted interference and movement, thus improving the speed and accuracy in the setting out process.

With such rigid support the risk of damaged Total Solutions is significantly reduced, greatly reducing the risk of serious and costly damage to such expensive and highly calibrated technology.

Survipod has been used extensively on several of the UKs highest profile engineering and concrete formwork projects in recent years, including The Shard at London Bridge, Neo Bankside world-class development on the River Thames and Beetham London Tower.

Our engineers were confronted with a project that was without a platform, on each floor, from which to begin setting-out the building from. The core walls were being built and advanced one floor higher than the decking level/floor. Traditionally a tripod and concrete pad would have been used, however we sought to engineer a custom piece of site setting out equipment, which when used together with an existing concrete structure on site, resulted in a more reliable, accurate and simple method to begin setting out. The Original SURVIPOD™ was born.

“James is a first class engineer who handles the pressure which accompanies working on complex R.C. frames with ease. His problem solving skills are second to none and his rise to senior management in his latest role was a case of when and not if. I recommend that anyone looking for expertise in engineering solutions need look no further than James.”

“I have used Survipod on many occasions when setting out on RC frames. Its so easy to use. It was always a nightmare trying to set up on the deck beforehand. Such a simple solution as well”

“Over the last 5 years; we have as a business fully endorsed & encouraged the use of the Survipod system on all of our contracts. The development & introduction of this simple yet robust system; alleviates the errors & mistakes associated with establishing accurate setting out above Ground Floor, that would be common place when using more traditional methods”